The IYSSE fights to defend democratic rights of workers everywhere. Unending war and the growth of social inequality are not compatible with democratic forms of rule. The ruling class around the world is turning ever more openly to dictatorial methods. Immigrants must be defended from fascistic raids. Religious and ethnic minorities must be defended from racist attacks. The massive surveillance apparatus must be dismantled. The witch-hunts against Edward Snowden, Julian Assange and other whistleblowers and journalists must end, as must police brutality and the militarization of police forces. All people deserve safe and clean neighborhoods, high-quality education, comprehensive health care, decent jobs, and a life of dignity and respect.

While largely ignored by the mass media, the reign of terror by police officers continues to rage across the United States. The entire state apparatus, from local cops to immigration agents, has been unleashed by the Trump administration to beat, maim and kill with impunity.

The police apparatus has always served as a tool to maintain ruling class control of the population. However, in the past several decades, political representatives on all sides have fed into an unprecedented expansion and militarization of police forces. Over 4,000 police departments operate on US college campuses, and 92% of public universities have their own armed security. These localized forces receive billions in funding and surplus military weaponry, all for the purpose of intimidating workers and students and, when they have to, cracking down on protests and uprisings.

Since 2000, more than 12,000 people have been killed by police, with an average of 3.5 people every single day. Though African-American and Native American men share disproportionate rates of police murder, state violence affects the poorest sections of the working class, regardless of race or ethnicity. Additionally, workers outside of the U.S. face similar police repression, as seen in Catalonia. The fight against police violence and militarization necessitates the unity of the working class. 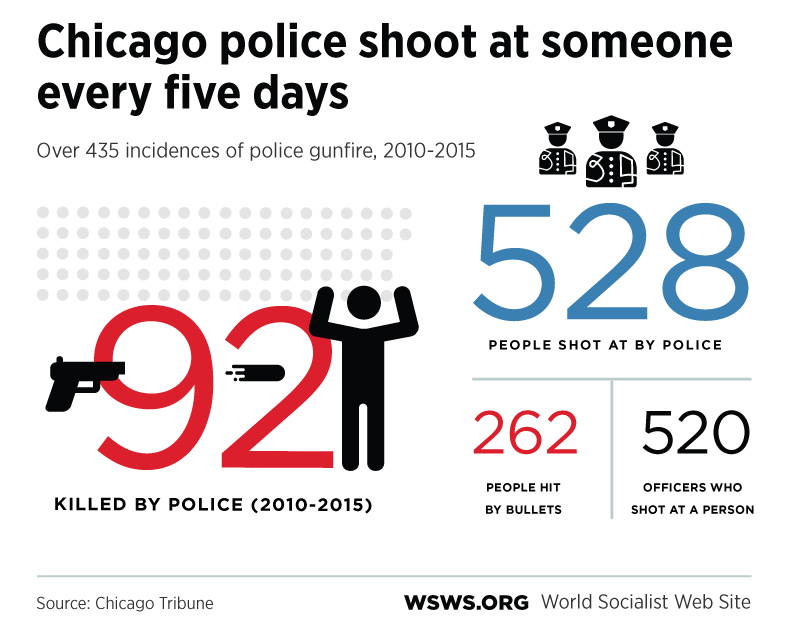 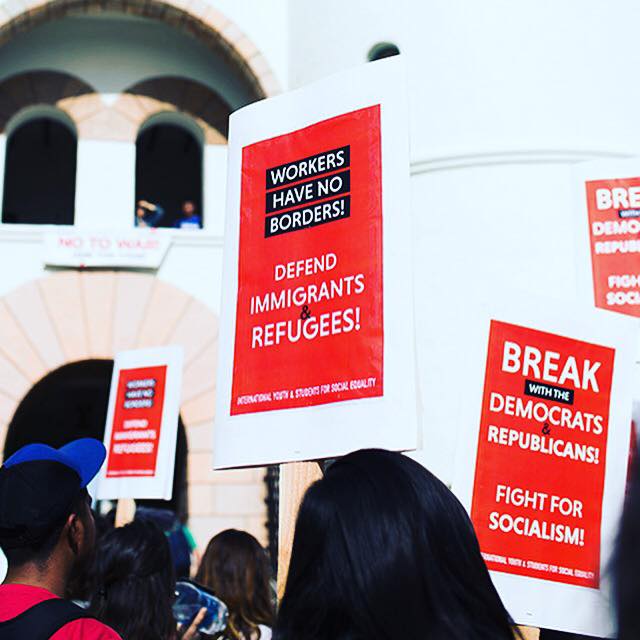 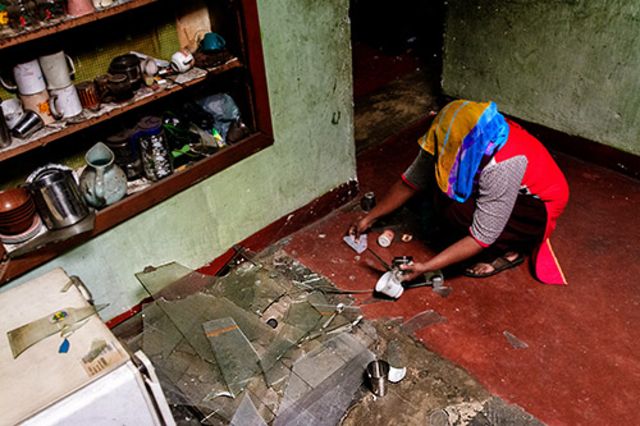 We defend all minorities and immigrants from discrimination, political scapegoating, and hate groups. After decades of the political establishment moving further to the right, the Trump administration presented a far-right, fascistic program with a deeply reactionary strategy. It seeks to combine appeals to homophobic hysteria, religious bigotry, the glorification of police and xenophobic American nationalism to encourage the growth of a fascist movement.

Hate crimes against Muslims in the United States are much higher today than in 2001. Tens of millions of dollars have been spent over the past decade to promote anti-Muslim bigotry through a shady network of politicians, journalists, foundations, “activists” and “experts.” Immigrants from “shithole countries” (oppressed nations) are increasingly targeted as a scapegoat to promote xenophobic and chauvinistic policies, to the demise of both American and foreign workers. The democratic rights of lesbian, gay, bisexual, transgender and queer (LGBTQ) people, such as health care needs and military employment, are also under immense political pressure.

While Trump and his fascist mentors are the most open in their xenophobic, racist, and bigoted ideology, there is no one in the political establishment who is prepared to wage a serious struggle in defense of these basic rights. In fact, Democrats have worked to fuel these reactionary sentiments in the masses under the guise of national security.

Despite all their efforts, the majority of workers and young people express sympathy for the social and political rights of all people. Fascistic and backwards tendencies across the world, from America and Europe to South Asia and Africa, cannot be fought without a mass mobilization against the capitalist system which feeds them.

Expose the right-wing politics of the #MeToo campaign!

The #MeToo campaign claims to be a transformative movement to defend women from sexual harassment and violence in the workplace. Beneath the surface of this rhetoric, it’s an effort of the upper-middle and capitalist classes to simultaneously increase diversity in their ranks, while cracking down on legal and political rights to fair trial and free speech. The leaders of this movement have no concern for the poor and working class women and men across the globe.

#MeToo is now a sexual harassment witch-hunt within Hollywood and official politics, removing people from their positions and destroying careers on accusations and claims without legal due process. While the repulsive, ultra-rich Harvey Weinstein was an easy target to kickoff the hysteria, #MeToo has taken down Kevin Spacey, Aziz Ansari, Geoffrey Rush, Casey Affleck, Woody Allen, Louis C.K., Jeffrey Tambor, Garrison Keillor, James Franco, and many more. The actions detailed in the accusations might be immature, rude and promiscuous, but they do not in most cases constitute serious infringements upon sexual consent.

As law professor Catharine MacKinnon wrote in a Times column on February 4, “#MeToo has done what the law could not.” And the result of all this has been more repression and more censorship. Women haven’t benefited, except for a few at the top. The conditions of working women haven’t been affected in the slightest. Without opposition to capitalism and imperialism, the wars and conditions that impose brutal violence, sexual and otherwise, upon women and men internationally persist with even greater force. 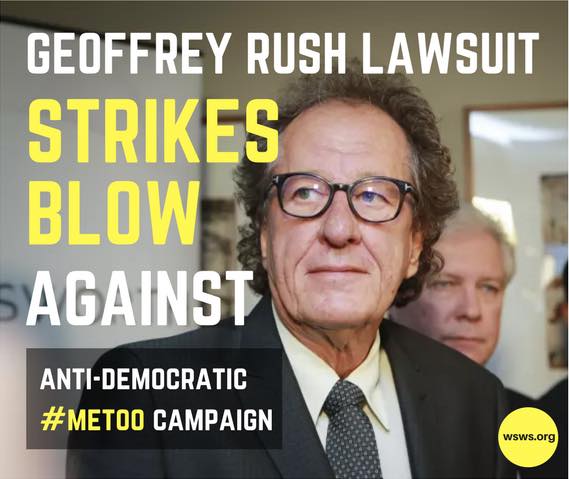 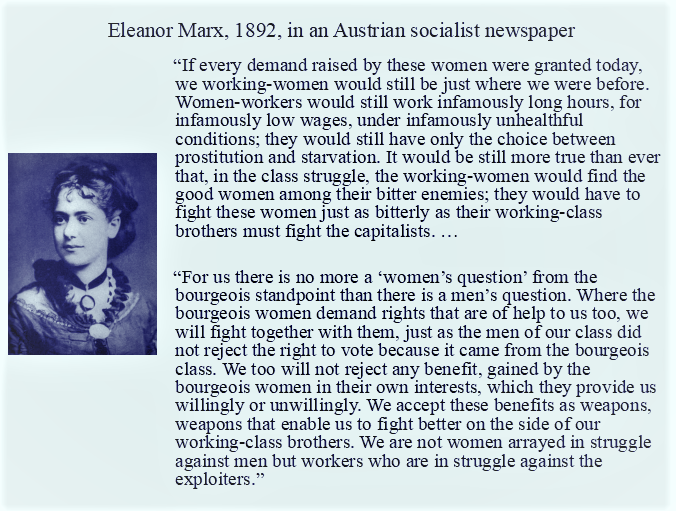 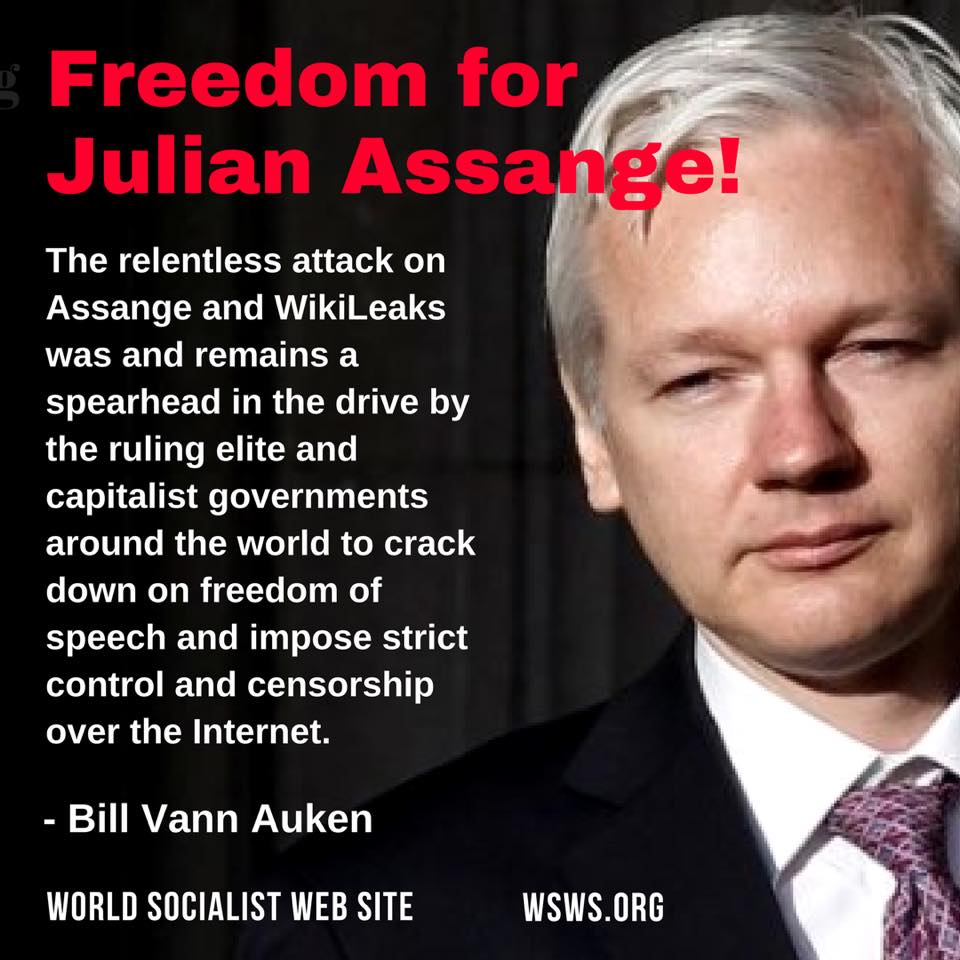 During and after the 2016 US election campaign, Assange was branded a Russian agent as part of the campaign, spearheaded by the Democratic Party in alliance with the CIA, to whip up an anti-Russian war fever and attack Trump from the right as being “too soft” on Russian President Putin and the Kremlin. The Obama administration, the Clinton campaign and the intelligence agencies claimed, without any substantiation, that Moscow had hacked Clinton campaign emails and turned them over to WikiLeaks.

The suppression of freedom of the press and free speech in the US—epitomized by the relentless persecution of Manning, Assange and Snowden—is driven by the needs of America’s ruling oligarchy, as it seeks to extricate itself from deepening economic and political crises by means of ever more dangerous acts of military aggression abroad, while confronting rising hostility and anger from masses of working people in the US and around the world.